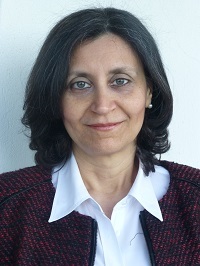 Katerina Nicolaidis is the Director of the Joint Prograduate Studies Programme in Conference Interpreting and Translation. She is a Professor at the Department of Theoretical and Applied Linguistics, School of English, Aristotle University of Thessaloniki. She holds a BA in English Language and Literature from Aristotle University, an MA in Theoretical Linguistics and a PhD in Phonetics from the University of Reading, UK. Prior to her employment at Aristotle University, she worked at the Department of Linguistic Sciences, University of Reading, and the Department of Speech and Language Sciences, Queen Margaret University College, Edinburgh. She is the director of the Phonetics Laboratory and the Language Development Laboratory of the School of English. She served as Vice-President of the  International Phonetic Association (IPA) during 2011-2015 and as Secretary of the IPA during 2003-2011. She was also President of the Permanent Council for the Organisation of the International Congress of Phonetic Sciences during 2011-2015. She also served as Director of the Postgraduate Programme of Studies of the School of English during 2014-2018. She teaches courses in phonetics, phonology, phonological development, and methodology for the teaching of English pronunciation. Her main research interests are in the area of experimental phonetics. She has worked for several research projects and has carried out research in normal and disordered speech production, phonological acquisition and methodology of teaching pronunciation. She has published her research in books, journals and conference proceedings. 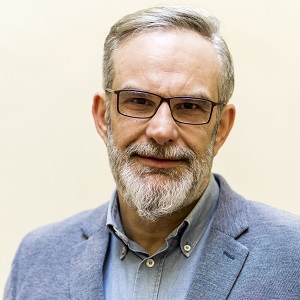 Simos Grammenidis is Professor of Translation Studies at the Department of Translation of the School of French, Aristotle University of Thessaloniki, Greece. He received his Ph.D. in Theoretical and Formal Linguistics from University Paris VII – Denis Diderot in 1994, with specialization in Contrastive Linguistics and Translation. He has 28 years of teaching experience in Greece and France. Academically, his interest has focused on translation problems from linguistic, cultural and historical perspectives. He is the author of three books and of many scientific articles published in Greek or international academic journals. He coordinated five European research Programmes. He has translated several scientific books and he is the President of the Hellenic Society for Translation Studies. 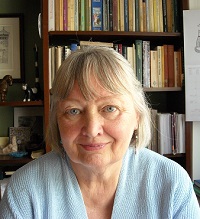 Karin Boklund-Lagopoulou was born in Sweden and studied foreign languages and comparative literature at the University of Colorado, Boulder, completing her doctorate in 1976. In 1981 she joined the faculty of the School of English of Aristotle University of Thessaloniki, where for 35 years she taught medieval literature and literary theory and was instrumental in starting the joint MA programme in Conference Interpreting and Translation. In 2004 she became Director of the new programme, a position she held until 2013. In addition to her administrative duties, she taught language enhancement was a regular speaker for the interpreting classes until her retirement in 2015. She is now Professor Emeritus and together with her other research interests does occasional translating and language editing. Her publications include a monograph on medieval English lyrics (2002) and several essays and papers on medieval literature, popular culture and literary theory in scientific journals and edited volumes. In 2016 she and her husband co-authored a book on semiotic theory which appeared in English as Theory and Methodology of Semiotics: The Tradition of Ferdinand de Saussure (2020).